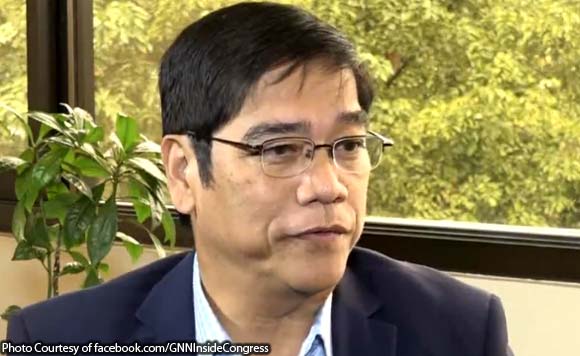 0 1,955
Share
Want more POLITIKO News? Get the latest newsfeed here. We publish dozens and dozens of politics-only news stories every hour. Click here to get to know more about your politiko - from trivial to crucial. it's our commitment to tell their stories. We follow your favorite POLITIKO like they are rockstars. If you are the politiko, always remember, your side is always our story. Read more. Find out more. Get the latest news here before it spreads on social media. Follow and bookmark this link. https://goo.gl/SvY8Kr

The Land Transportation Franchising and Regulatory Board (LTFRB) has explained to van operators and drivers in Catanduanes the process of securing permits, thanks to the efforts of Rep. Cesar Sarmiento.

The Catanduanes solon requested thr LTFRB to visit the province last May 7 to organize a forum where they could expound tje benefits of forming a transport organization.

The LTFRB execs explained “how franchises could be secured from the transportation agency as well as the benefits of organizing transport cooperatives.”

For the past years, vans have become one of the main mode of transportation of the residents amid road improvements in the province.

“According to Cong. CS with the improvements in the road networks in Catanduanes due to massive concreting of highways starting in his first term in 2010, vans have become the primary mode of transportation particularly from the northern municipalities to the capital town of Virac and other routes,” the solon’s office said.

“But due to the moratorium imposed by government on the issuance and approval of franchises nationwide, most vans here are considered “colurum”, hence this forum called for and organized by the solon,” it added.

Meanwhile, Atty. Jorge V. Sarmiento also joined the forum and discussed the importance particularly in the transport sector of strengthening the network services of cellular companies in the province.