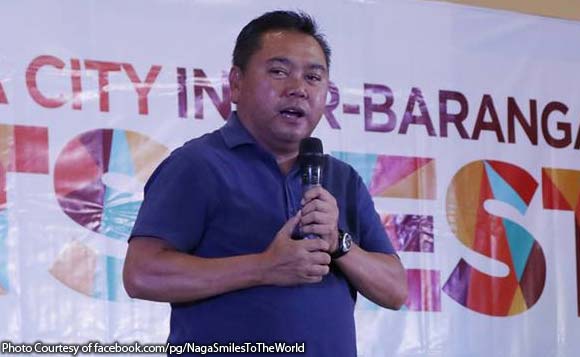 Naga City Mayor John Bongat has paid tribute to her late mother who is celebrating her “34th year in heaven” today.

The mayor shared a little bit of his life story and the love story of her late mom, Gloria who had a “very colorful life” on his Facebook account.

“IT’S MY MOM GLORIA’S 34th YEAR IN HEAVEN TODAY. My mother had a very colorful life on earth. She was married thrice. First, to my father, Atty. Severo P. Bongat, who left my mom too early at age 22, on Christmas eve,” he said.

“My father, who I’ve never seen as a living creature, died in a car accident while celebrating his appointment as GSIS’ new General Manager,” Bongat added.

The mayor shared that he was still in his mother’s womb when the tragic thing happened.

“Papa Beroy was only 37. I was youngest in a brood of 4 (2 of my eldest brothers also died early: Nicky at 32 in a plane crash and Gerry, 37, due to heart failure).My only surviving, full-blood sibling is my sister, Mary-Bernadette,” said the Mayor.

According to Bongat, his mom married anew at the age of 27 with then Congressman Ramon Felipe, Sr., a widower, who was more than 40 years older than her.

“But they say love was blind, so 2 healthy babies, Ramon III and Bong Felipe, were born of their happy marriage,” he said.

“Six years hence, while mom was still in her mid-30s and perhaps still feeling young and “confidently beautiful with a heart,” her third husband, Dr. Rolando Oba, Sr., fell in love with her, with whom she begot 3 children, my brothers Junior Oba, Bimbo (who also died at age 37), and Jimvee,” said the Mayor.

“My mom died of cancer in 1984 at 44, and my second step-father Rolando died a few years later also of cancer. He was also in his 40s,” Bongat said.

“Love you mama Glo! We really admire you for making us, your children with different fathers and surnames, grow together and love one another as one, big, happy family!,” he also said.