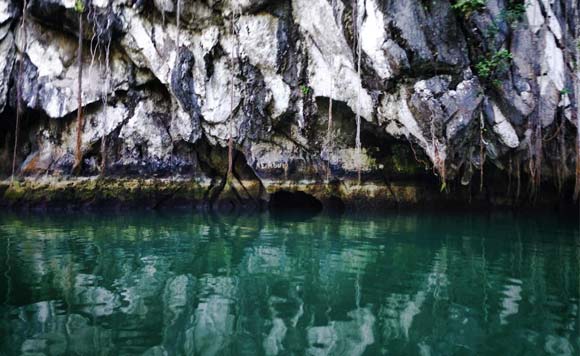 Some 38 business establishments in Puerto Princesa Subterranean River National Park (PPSRNP) have been given three months to voluntarily remove their structures within the prescribed coastal easement zone and road right-of-way.

Underground River park superintendent Elizabeth Maclang said in a phone interview Thursday that the deadline for the business owners to self-demolish was imposed by the Protected Areas Management Board (PAMB) in an April 27 meeting.

The businesses thataffected by the move to clean up structures obstructing the 30-meter coastal easement area and zoning setback include a wellness spa, a shuttle van terminal, and beach restaurants and bars, among others.

“They were given 90 days to self-demolish their structures along the Sabang beach by the PAMB upon receipt of the notices of violations that we will start sending out on Monday next week,” she said.

On the other hand, the relocation of the 88 families illegally occupying a significant portion of the timberland-classified area of Campsite, Purok Dalampasigan 2, Sitio Sabang, will have to wait until a suitable site has been found by the city government.

At least two sites have been proposed to the PAMB as possible relocation, but Maclang said they need to be further evaluated to determine their land classification.

“Their case is special since they were relocated to the Campsite from where the wharf is now located some time ago. The evaluation would let us know the road right-of-way needed to be established in their community, the setback, and others that are important in their transfer,” she said.

PAMB member and Environmental Legal Assistance Center (ELAC) executive director, lawyer Grizelda Mayo-Anda, said the deadline was set after they took note of the report of their Project Development Evaluation Committee (PDEC) that did an easement and a setback survey in March.

“In general, there are some establishments that are still questioning our decision because of another 10-meter setback pursuant to the zoning ordinance. But what’s good about this is that they were given a maximum of three months to undertake the self-demolition upon notice,” Anda said.

“I explained to them the legalities and the environmental considerations, and they’re amenable. We are happy in ELAC that the park superintendent (Maclang) is taking the lead in ensuring that we don’t suffer the same fate as Boracay,” Anda added.

Meanwhile, no deadline has been identified by the PAMB for the squatters at the Campsite as their occupation of the timberland is a “special story”.

The park staff will have to ensure that the families follow strict rules on the disposal of their domestic waste to avoid the destruction of the beach in front of their households. (PNA)