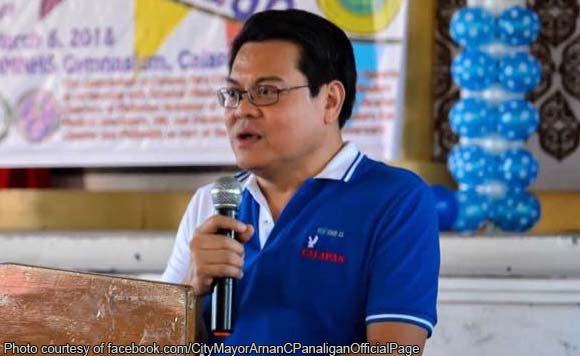 0 660
Share
Want more POLITIKO News? Get the latest newsfeed here. We publish dozens and dozens of politics-only news stories every hour. Click here to get to know more about your politiko - from trivial to crucial. it's our commitment to tell their stories. We follow your favorite POLITIKO like they are rockstars. If you are the politiko, always remember, your side is always our story. Read more. Find out more. Get the latest news here before it spreads on social media. Follow and bookmark this link. https://goo.gl/SvY8Kr

The City Government of Calapan will soon award more than 10,500 square meter lots to two public schools in the city.

The subject lots will be given by the city government through a deed of donation between Mayor Arnan C. Panaligan as donor and Susana M. Bautista, OIC- Schools Division Superintendent as the representative of the two schools as donees.

With the donation, the said lot will be transferred now to the said public schools.