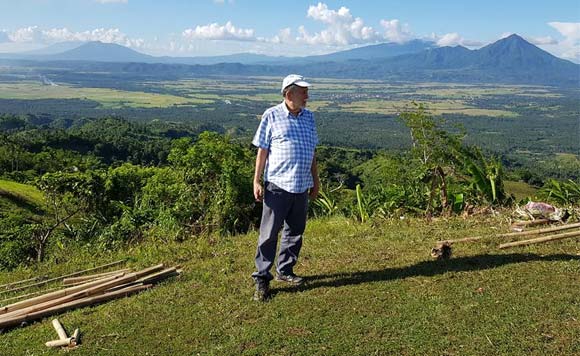 It’s not only the Scots who have their highlands.

From Ligao’s highlands, you can see Mayon Volcano, Mt.Masaraga, Kawakawa and the lowlands of the Albay’s third district, including its poblacion.

The area is similar to the highlands of Scotland, he said as he shared his photos taken in the area.

And it won’t be long before this place would become accessible to people of Albay. Gonzalez said he was just waiting for road networks in the area to be completed.

Soon, we can all be highlanders, even for a day!

“Visiting the Cool Highlands of Ligao City with the spectacular view of Mayon Volcano, Mt.Masaraga, Kawakawa and the lowlands of the 3rd District including the Ligao City Poblacion. Similar to the Highlands of Scotland. Just waiting for the completion of the Road Networks,” Gonzalez posted on Facebook.