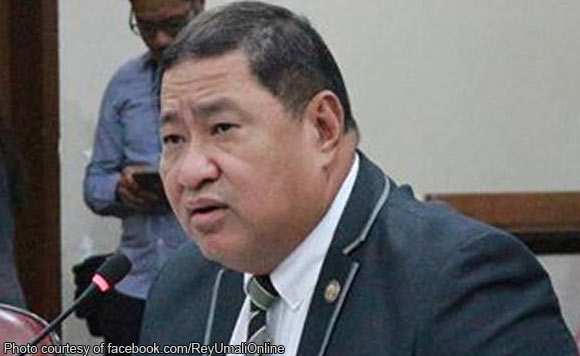 0 739
Share
Want more POLITIKO News? Get the latest newsfeed here. We publish dozens and dozens of politics-only news stories every hour. Click here to get to know more about your politiko - from trivial to crucial. it's our commitment to tell their stories. We follow your favorite POLITIKO like they are rockstars. If you are the politiko, always remember, your side is always our story. Read more. Find out more. Get the latest news here before it spreads on social media. Follow and bookmark this link. https://goo.gl/SvY8Kr

I’ve got your back!

Rep. Umali said that although they have different personalities, their goal for the province remains the same.

Rep. Umali, also the chairman of the House justice committee, said that he supports his brother and will stand by his side.

Meanwhile, the Provincial Capitol of Oriental Mindoro has thrown an advance birthday party for the father of the province Governor Umali last Friday.

The birthday party held at the Gloria Municipal Gymnasium featured the family of the governor.