Sandiganbayan sets arraignment of Andaya, Pangandaman over ‘pork’ scam to May 11 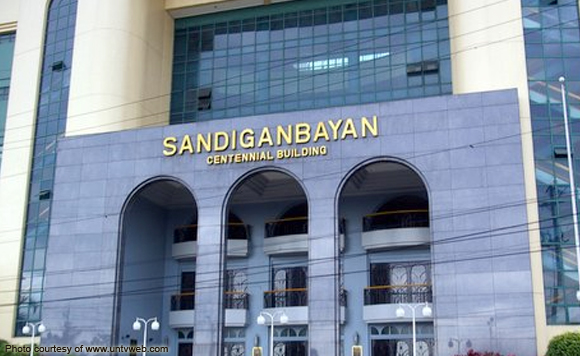 0 1,170
Share
Want more POLITIKO News? Get the latest newsfeed here. We publish dozens and dozens of politics-only news stories every hour. Click here to get to know more about your politiko - from trivial to crucial. it's our commitment to tell their stories. We follow your favorite POLITIKO like they are rockstars. If you are the politiko, always remember, your side is always our story. Read more. Find out more. Get the latest news here before it spreads on social media. Follow and bookmark this link. https://goo.gl/SvY8Kr

Camarines Sur Representative Rolando Andaya Jr. and Masui City, Lanao del Sur Mayor Nasser Pangandaman are set to be arraigned this May over his involvement in the P900-million Malampaya fund scam.

The Sandiganbayan 3rd Division set the arraignment date to May 11 after cancelling an earlier schedule due to pending motions of Andaya and his co-accused.

Also to be arraigned with them is alleged pork barrel scam mastermind Janet Lim Napoles.

Under the charges, the defendants are accused of having diverted to ghost projects the P900 million from the Malampaya fund allocated by Department of Budget and Management (DBM) to the Department of Agrarian Reform (DAR) between 2009 to 2010.

During the period, the funds were allegedly coursed through the non-government organizations (NGOs) of Napoles.

Andaya, when he was still Budget secretary at this time, allegedly approved the request of DAR, then under Pangandaman as Agriculture secretary, to release the funds without undergoing review by the DBM’s budget and management bureau.

Pangandaman also allegedly received commissions from Napoles for the release of the P900 million to the NGOs without validating the regularity and legality of the claim or obligation.

While, Napoles allegedly used her NGOs for the implementation of ghost and non-existent projects.