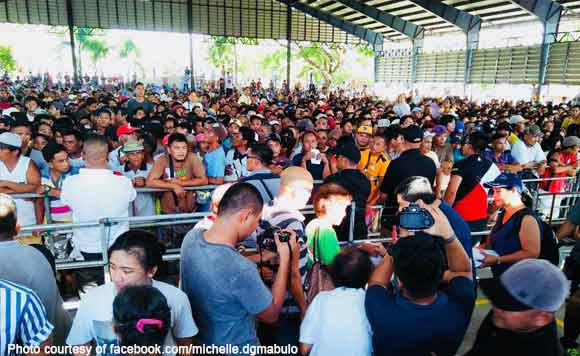 Not even during the aftermath of supertyphoon Yolanda did residents receive this amount of shelter assistance.

San Fernando, Camarines Sur first lady Michelle Mabulo could not help but be impressed that the Duterte administration has provided P30 million in cash to the town’s residents to help them rebuild their homes damaged by recent typhoons.

Mabulo, wife of Mayor Fermin Mabulo, said the distribution of the cash showed that President Duterte’s help was being felt down to the grassroots level.

She said she has never seen the national government give this kind of massive help to help families rebuild their lives, not even during Yolanda, the strongest storm to hit land which wreaked havoc in many parts of the Philippines in 2013.

This is clear proof that the Duterte administration is for the people, she said.

“Whooping #Php30Million in cash will be handed over to the people of San Fernando this afternoon as part of Shelter Assistance Program.This is President Duterte’s , felt by grassroots level. I have never seen this massive help given to the affected families during recent typhoon to rebuild lives again. Not even during Typhoon Yolanda by previous administration. Truly, this government is for the people. #ESA #Duterte #MayorSelfie,” she posted on Facebook.