Another cocaine stash fished out of Bicol’s waters 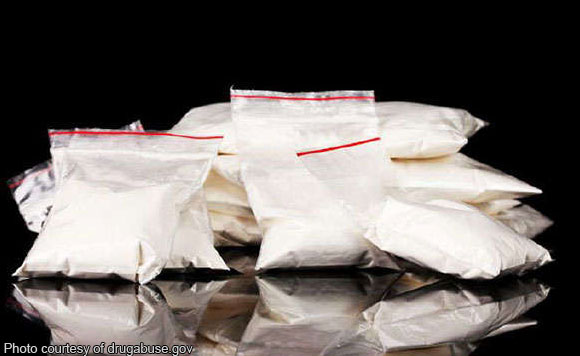 A fisherman fished out at least a kilo of high grade cocaine worth PHP5 million off the sea waters near Calaguas Island in Vinzons town in Camarines Norte early morning over the weekend.

Report reaching Camp Gen. Simeon Ola here showed that Noel Feraman Solver,50 years old, a resident of Purok 7, Barangay (village) Mampili in Basud town, aboard FB Briyana, accidentally fished out a small package wrapped around by plastic and packaging tape with markings similar to the bricks of high grade cocaine found floating off the sea waters of Matnog town in Sorsogon and in Camarines Norte.

Doubtful about the package,Solver decided to turn it over to Vinzons Municipal Police Station. It weighs over a kilo or 1,030.37 grams.

Christian Frivaldo, the regional director of Philippine Drug Enforcement Agency (PDEA) in Bicol, in an interview, said the physical appearance and markings of the said drug are likely the same of the bricks of high grade cocaine earlier found in the sea waters of the Bicol Region.

“The brick of cocaine found by Solver is now under the safekeeping of the Regional Crime Lab in Camp Gen.Simeon Ola and the PNP is now on the process of turning it over to our office in the next few days,”said Frivaldo.