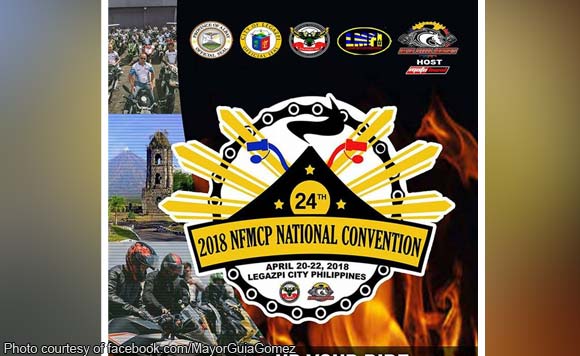 The Province of Albay hosted the National Convention of National Federation of Motorcycle Clubs of the Philippines which was attended by members of various motorcycle clubs from all over the country.

Governor Bichara welcomed the bikers and wished the delegates a pleasant stay in his province..

“We’re expecting about more than 2000 bikers from all over the Philippines, so let us enjoy the show, and I hope the bikers will have a pleasant stay here in the province,” Bichara said.

The governor was also delighted that after 18 years, the said convention chose Albay once again to be this year’s host.

“I remember that it was in 2000, when I was also the Governor, the 1st year that the National Bikers convention was held in Albay, and unlike before we have now the Legazpi Boulevard and other facilities that the Bikers can explore and enjoy here in Albay,” said Bichara.

BMW Motorrad, Ducati, Kawasaki and Harley-Davidson has set up their booth at the Peñaranda Park for their Motorcycle Exhibit.