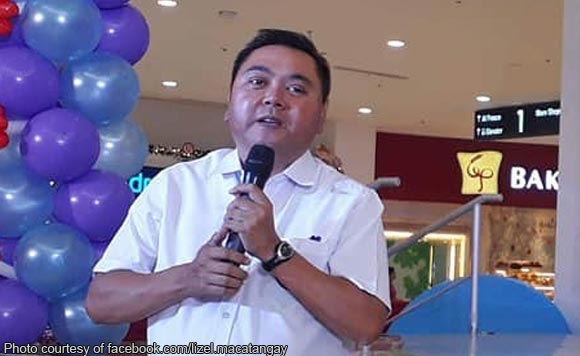 Naga City Mayor John Bongat has called out a netizen for supposedly stirring up controversy over his absence during a prayer rally for Vice President Leni Robredo.

Bongat shared a screenshot of Facebook post of a certain Irene Sacbibit asking “sarcastically” why the mayor skipped the event intended for Robredo last April 18.

Sacbibit also asked whether Bongat and his family took a “vacay” in Vigan, the bailiwick of Robredo’s rival former Senator Bongbong Marcos.

“Below is a screenshot of Ms Irene Sacbibit’s post asking the public sarcastically why was I absent in the prayer rally for VP Leni last April 18, my wedding anniversary,” said the Mayor.

Bongat, the successor of Jesse Robredo as Naga City’s mayor, was in Vigan that day supporting his daughter Jade who competed in Palarong Pambansa 2018.

“She should have verified the facts first before making such irresponsible post! So the public will know, hereunder are the reasons why I was not there in the prayer rally for VP Leni last April 18,” he said.

Bongat laid down his explanation for his absence during the prayer rally:

1) My absence was unintentional. The main reason I wasn’t there was I was not physically present in Naga;

2) The first time I learned about the rally was the night before (evening of April 17th), thru a chat group, when I was already in Vigan where my daughter, Jade, is playing in the swimming events for Bicol in the Palarong Pambansa which is being held there.

3) My trip to Vigan and plane tickets were purchased long before;

4) Nobody personally coordinated with me re that rally. I was informed by City Admin. Mr. Jun Tam Mongoso that Coun. Mila Raquid Arroyo personally informed him about the rally around 4pm of April 17th to ask for a permit in behalf of Atty. Ricky Tomotorgo.

“Clearly, I was not in Vigan for a vacation. Neither was I there to avoid the prayer rally for VP Leni,” Bongat stated.