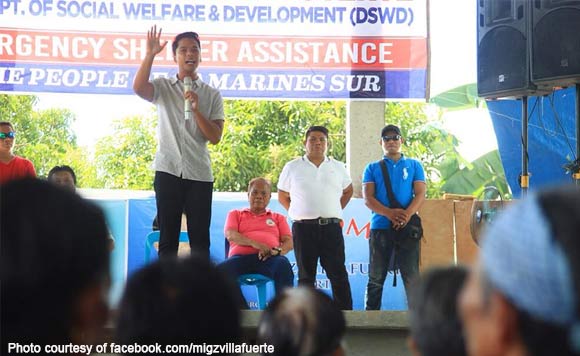 On Facebook, Migz Villafuerte took a dig at Andaya by saying that while his political rival was losing his cool in Pili, he was was working in Siruma and providing emergency shelter assistance to typhoon victims.

He said he also distributed wheelchairs, held a medical and dental mission, and visited a new college to ensure that it would be able to provide free education.

Andaya, on the other hand, was exposing his true colors and showing conduct unbecoming a true and sincere public servant, he said.

But lest the governor forget, his own dad was a participant in that dirty war of words as well!