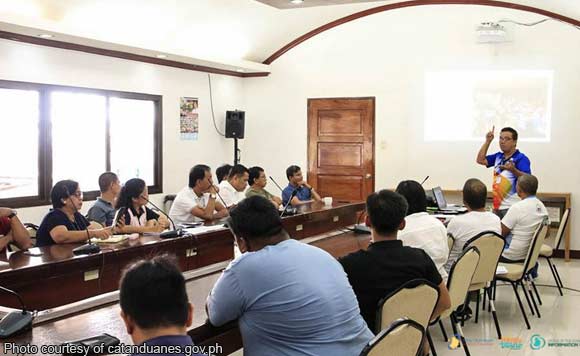 The Philippine Sports Committee is scheduled to conduct the 1st Summer Grassroots Sports Program on April 25 -26 in Catanduanes to hone the skills of athletes, coaches, and trainors in the province.

The sports summit have five events namely taekwondo, athletics, swimming, boxing and gymnastics and each event will be limited to 30 participants only to manage the participants properly.

“Summer grassroots program is an activity that trains athletes, trainors, and coaches for future sports events,” said the province.

Meanwhile, Children aged 12 below may also participate in the summit to help them identify the sports category they fall into.

“We will also be organizing children’s games, we have fund for it to identify the possible athletes”, said Jaime P. Nuñez, Provincial Officer, Province of Albay.

“The highest form of thinking is creativity and this can be achieved through playing”, Mary Jean Romero, assistant schools division superintendent, was quoted as saying.

A total of P1 million will be earmarked for children’s games which will be given to DepED who will be conducting the activity with the help of local government unit of each municipality.

Romero also suggested that incentives should be given to gold medalists during regional and national competitions to motivate the athletes.

“Local government units, Deped and Provincial office should come up with one developmental plan. A plan which is consistent to meet the gold,” Gregorio Angeles, committee chairman of sports and education of Sangguniang Panlalawigan, said.

Moreover, the committee also plans to hold a sports journalism seminar-workshop to also hone the skills of sports journalists from different schools to promote the sports.