A place for pangolins: Palawan to find conservation sites for balintong 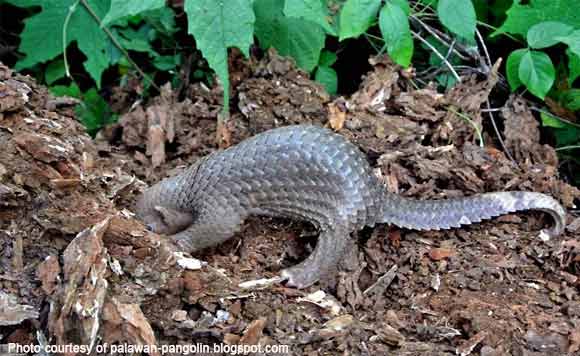 A study of the habitats of the critically endangered pangolin (balintong) is set to be conducted by the Palawan Council for Sustainable Development (PCSD) for declaration as conservation territories.

This developed following last month’s launch of the pangolin conservation project among the PCSD, United States Agency for International Development (USAID), and other stakeholders in Palawan.

PCSD zoologist Levita Lagrada said the proposed declaration of critical habitats would help focus all protection and conservation efforts to save the scaly anteaters from poaching and other trafficking abuses.

“We have to study and identify their population strongholds in the province to be able to better protect them,” she said in an interview on Thursday.

Once declared as conservation habitats, a management body will be created to implement the management plan for the pangolin habitats, she said.

The PCSD and USAID-funded “Protect Wildlife” project will undertake the study sometime this May or June across Palawan, she said.

“From its output, we could already tell where the priority areas for protection are,” she said.
The Palawan or Philippine pangolin is among eight species indigenous to Asia and Africa, and inhabiting the province’s islands.

She said declaring their homes as critical habitats could save their population from dwindling and avoid species loss.

“Those who will do the prohibited acts inside these critical habitats can be held liable,” she added, saying their establishment is contained in a 25-year strategy to safeguard the pangolins.

The PCSD will work alongside indigenous groups and key law enforcement agencies and experts from the Zoological Society of London – Philippines, International Conservation of Nature’s Species Survival Commission’s Pangolin Specialist Group, and the Katala Foundation, Inc.

Aside from improving law enforcement on poaching, part of the strategy is to also engage the communities to increase local stewardship and protection efforts.

“We have to train the communities so they can help in wildlife law enforcement,” she added. (With reports from Keith Anthony Fabro/PNA)