Level up from shabu? Quezon fishermen snag 27 kilos of cocaine off Camarines Norte 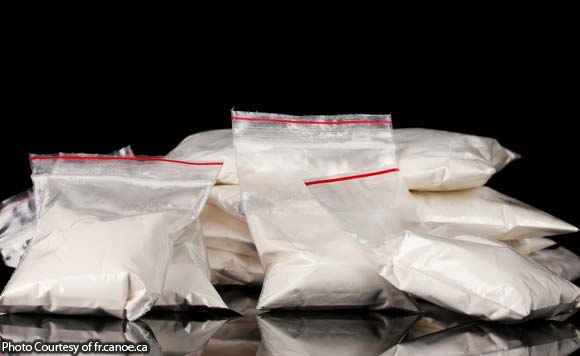 0 678
Share
Want more POLITIKO News? Get the latest newsfeed here. We publish dozens and dozens of politics-only news stories every hour. Click here to get to know more about your politiko - from trivial to crucial. it's our commitment to tell their stories. We follow your favorite POLITIKO like they are rockstars. If you are the politiko, always remember, your side is always our story. Read more. Find out more. Get the latest news here before it spreads on social media. Follow and bookmark this link. https://goo.gl/SvY8Kr

The Police Regional Office (PRO4A) Calabarzon has ordered an in-depth investigation into the floating drum containing 27 kilos of cocaine that was found by Perez town fishermen off the coast of nearby Camarines Norte last Sunday.

In a report reaching the regional police headquarters here, Police Supt. Chitadel Carandang Gaoiran, the chief of the regional public information office, said the fishermen found the floating drum around 9:30 p.m. on April 15 during their fishing venture in Camarines Norte.

Fisher folks from Barangay Pinagtubigan Este in Quezon’s eastern town of Perez reported the find to the barangay chairperson who, in turn, sought assistance from the local police in recovering the blue drum.

Gaoiran said the Perez municipal police station received a call from Barangay Pinagtubigan Este chair Leonardo Reyes informing them of the drum, which yielded some 27 packs of unknown substances marked RR and LEXUS.

She said the Perez police team recovered the container and brought the items to the Quezon Provincial Crime Laboratory Office in Lucena City for examination.

Chief Inspector Zaide Abrera, chief of the Quezon Crime Laboratory Office, who spearheaded the qualitative examination of the drum’s contents, confirmed that these were indeed cocaine. The gross weight of the contraband was around 27 kilos.

PRO4A regional headquarters is now coordinating with the Police Regional Office 8 in Eastern Visayas after the discovery of similar substance in their area of responsibility in Barangay Sulangan, Guian, Eastern Samar around 11 a.m. Monday (April 16). (PNA)