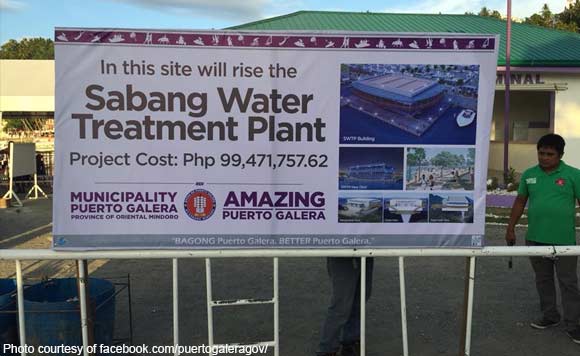 Coastal communities and island resorts have been cleaning up their acts, literally, after the President trained his sights on Boracay Island and called it a cesspool because of a lack of sewerage facilities.

He has since approved the six-month closure of the island to tourists, and now, other islands are scrambling to make sure that their own backyards are clean.

Such is the case with Sabang Bay in Puerto Galera, where the local government led by Mayor Rockey Ilagan announced oN Facebook that its water treatment plan will begin construction soon.

The P99.5 million is expected to keep the waters of the bay pristine, or at least safe enough for swimming.

The local government dubbed the project the hope of Sabang Bay, and they better hope that it would be enough to prevent the national government from shutting down Puerto Galera!

“The hope of Sabang Bay finally comes to reality.

#RDICares,” the Municipality of Puerto Galera posted on its Facebook page.