Stage father! Naga Mayor Bongat wishes for the best as his daughter competes in Palarong Pambansa 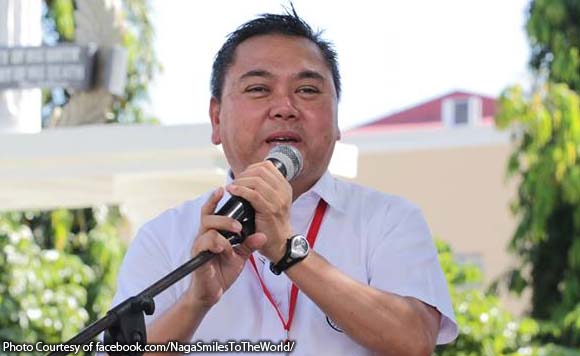 Bongat said that he’ll be missing Jade’s first event due to a flight cancellation, but nevertheless, he wishes her all the good luck.

“Will be missing your first day swim my dearest Jadee due to PAL’s sudden cancellation of the Naga-Clark flight yesterday afternoon. But rebooked today to Laoag via Manila,” he added.

The mayor wished his daughter the best for her first ever appearance in the national level.

“Jadee, good luck to you on your event today, your first ever Palarong Pambansa appearance!,” Bongat also said.

Jade took home 5 gold medals and one silver in the during Palarong Bicol 2018, hosted by Naga City.

Jade was even named as the “Bicol’s Swimming Sprint Queen.”