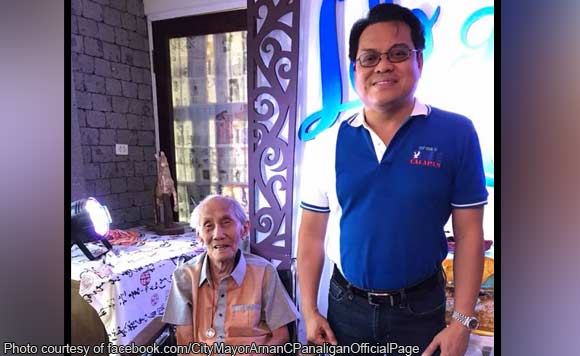 Mayor Panaligan is impressed how Manguiat, known as Lolo Aring, is still going strong at his age.

The mayor said that Lolo Aring fought in World War II as a USAFFE soldier and survived the fighting in Bataan.

“Lolo Aring still has a sharp mind,” said Panaligan as the war veteran still recognized him when he saw the mayor.

“When he saw me entering his living room, he pointed his finger at me and said: ‘Si mayor’ and when I bade good bye, he said: ‘Hanggang sa uli,'” added the Mayor.