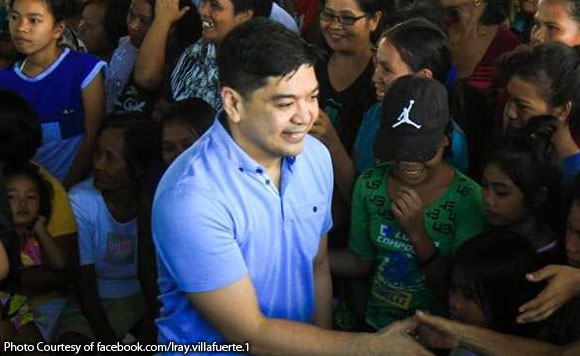 Camarines Sur Rep. Luis Raymund “LRay” Villafuerte wants foreign tourists to pay $25 travel travel tax upon entering the country which will be used to fund the improvement of services for tourists.

Villafuerte filed the House Bill 7434 or the proposed Tourist Welfare Tax Act of 2018, where he sought the proposed tax imposition.

He also added that other countries impose travel tax to travelers entering their respective territories.

“Currently, our government imposes a travel tax on Filipinos traveling abroad without a similar imposition to foreigners traveling to the Philippines even, while neighboring economies tax foreigners flying into their countries,” Villafuerte said in his bill.

“The fixed rate of $25 is competitive with the current travel taxes that other Asian countries have set. This is mainly based on the average rates of entry and exit taxes imposed by Asian countries, such as Thailand, Indonesia, Brunei, Sri Lanka, Cambodia, Hong Kong and China,” the solon added.

Villafuerte said that such additional tax is commonly incorporated into the airline tickets of the travelers.

“This is more commonly collected from travelers flying into a country, where the fee is incorporated into the airline ticket price,” said the solon.

“In this proposed bill, we follow the same standard of including the Tourist Welfare Travel tax, as it will be called, in the airfare prices, ” he added.

Under the proposed law, the additional tax – which will be allocated to the Tourism Infrastructure and Enterprise Zone Authority -will be used to improve the tourist welfare services in the country

The bill also provides that the tax will be imposed on tourists who will be staying in the country for not less than two months.