Sino ba may birthday? Thanks for calling me ‘bright,’ Oriental Mindoro Rep. Rey Umali says as he sends birthday greetings to the President 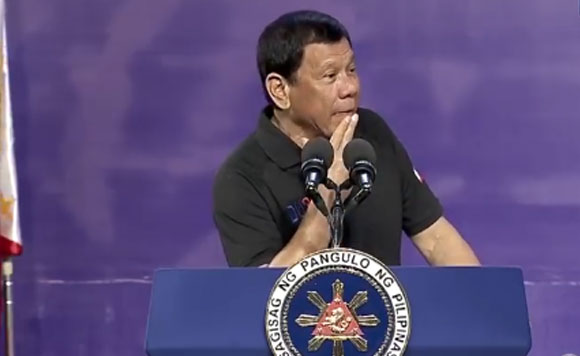 0 474
Share
Want more POLITIKO News? Get the latest newsfeed here. We publish dozens and dozens of politics-only news stories every hour. Click here to get to know more about your politiko - from trivial to crucial. it's our commitment to tell their stories. We follow your favorite POLITIKO like they are rockstars. If you are the politiko, always remember, your side is always our story. Read more. Find out more. Get the latest news here before it spreads on social media. Follow and bookmark this link. https://goo.gl/SvY8Kr

But aside from sending his well-wishes to the chief executive, Umali got in a little self-promotion as he thanked the President for once calling him bright during a speech.

On Facebook, the former Liberal Party member wished for good health for the President and promised that he would be there to provide and assistance and support for him.

He also shared a throwback video to one of his moments with Mr. Duterte during the 35th anniversary of the Partido Demokratiko Pilipino-Lakas ng Bayan,

In the video, Mr. Duterte mentioned Umali during the speech and described him as a “bright boy” and a long-time politician who the people love.

Umali said it was an honor to be described as such by someone like the President.