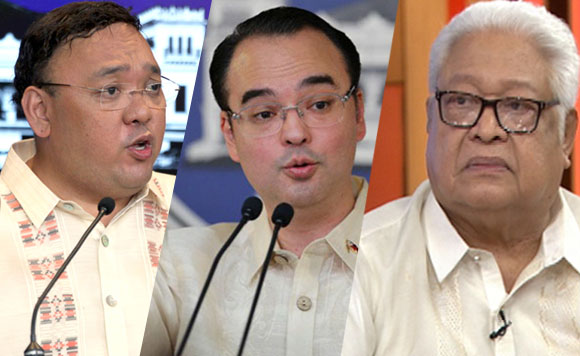 “These two apologists of President Rodrigo Duterte are making blanket accusations without naming names or providing evidence,” according to the Magnificent 7 lawmaker.

“Any unholy alliance between drug lords and human rights crusaders is anathema to the latter’s advocacy against the proliferation of illegal drugs and the unabated extrajudicial killings of drug suspects,” Lagman added.

The opposition solon emphasized that “legitimate human rights groups will reject any and all attempts of drug cartels to use them as tools to derail the administration’s brutal campaign against drug suppliers and users”.

In fact, he said that no such attempts have ever been made even as human rights advocates, both local and international, have been fiercely critical of Duterte’s violent drug campaign since its inception.

Lagman also underscored that concrete evidence on summary killings related to the drug war are readily available and no less than Duterte by his repeated utterances has instigated and condoned the extrajudicial killings perpetrated by police elements and their vigilante cohorts.

He asserted that “the country’s withdrawal from the Rome Statute, the global bulwark against derogation of human rights and impunity for crimes against humanity, signals the perpetuation of the bloody war on drugs and the continuing violation of human rights in its wake.”