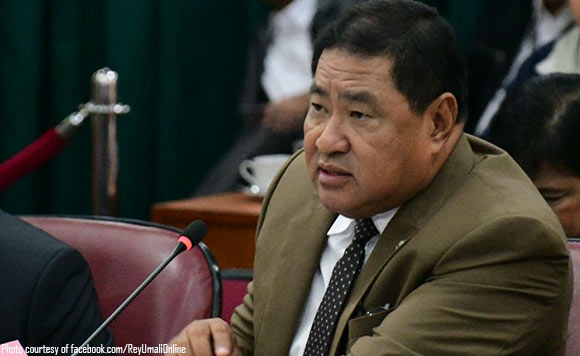 Oriental Mindoro Rep. Reynaldo V. Umali called anew for the resignation of the embattled Chief Justice Maria Lourdes Sereno for her supposed failure to answer allegations against her.

Umali, in a statement, said hat Sereno’s “privilege speeches” and “press releases” cannot substitute for answers to all the allegations thrown against her.

“Chief Justice Maria Lourdes Sereno’s persistent refusal to formally present her defense to the House Committee on Justice is an act of arrogance and misconduct. Her publicity caravan of press conferences and guest appearances were not just a dismissal of our request for her appearance but also a slap to the face to the procedure mandated by the very Constitution she pledged to uphold,” Umali said.

“In fact, one disturbing finding – which she has failed to issue any response to – is that the appointment of Sereno as Chief Justice is questionable from the start,” he added.

The solon said that Sereno should not have been recommended as Chief Justice in the first place for her failure to submit her SALN’s as part of the requirements of the Judicial and Bar Council (JBC).

He also noted that in the few SALNs Sereno filed, “she failed to make truthful disclosures, including her P32-million fee as government counsel in a case involving the Ninoy Aquino International Airport (NAIA) Terminal 3.”

“Was this mere negligence on her part or was this an intentional nondisclosure that speaks loudly about her lack of integrity? The House panel was not given sufficient explanation, and so we can only hope that she is able to provide one when she submits herself to the Senate trial,” he said.

Umali also brought the supposed “symptoms of personality disturbance” as testified during the hearings by psychologist Dr. Geraldine Tria, which showed “her ineligibility for the post.”

“When the nature of her job affects the fates and lives of people, how can such a psychological make-up render a candidate psychologically competent to perform as Chief Justice of the Philippines?,” he said.

“While it may be argued that a psychological evaluation is a mere test, that stance becomes a fallacy when the behavioral disorders manifested in Sereno’s actions as Chief Justice. Her tendency to be interpersonally exploitative was evident in the numerous instances where she usurped collegial power and over-stepped her bounds. Her clear lack of empathy was exhibited in her dilatory acts against the immediate release of retirement benefits of former Justices and their surviving spouses. They did not deserve this kind of treatment from the Chief Magistrate,” he added.

Umali said that Sereno’s refusal to attend in the House proceedings “proves further that she has a tendency to disrespect procedures and her fellow public officials.”

“She is clearly revealing herself to be arrogant and stubborn – traits which are implied in her psychological evaluation,” he added.

“No matter how many press releases she issues and no matter how many press conferences she makes, the judiciary will continue to be divided if she continues to be a member. She claims that she will continue to ‘fight’, but the public knows that this promise is empty because she has not given appropriate defence to the allegations levelled upon her. This obstinacy convinced me further that she has to be impeached, convicted and removed from office,” said Umali.

Sereno’s “silence” on the allegations against her, according to Umali, has
“ironically brought together a divided Supreme Court; yet, in this case, they are brought together by their unified call for her resignation.”

“We need answers, not privilege speeches. We need honesty, not deceit,” said Umali.

“In the absence of answers, she may as well resign to save herself, the Supreme Court, and the public from another long and arduous impeachment trial,” he added.