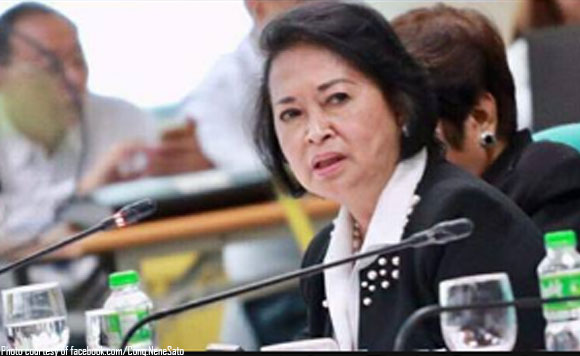 “Increasing budget allocation for Protected Areas means stronger protection for our threatened plant and animal wildlife,” Sato, a principal author of the House version of the bill said.

A former Governor of Occidental Mindoro, expanding areas set aside for conservation enhances protection and management of key biodiversity areas (KBAs) and home to some of the country’s unique but critically-endangered wildlife.

Once enacted into law, these PAs will be “off limits” to mining and other destructive development projects.

Sato said the ENIPAS increases the budget for PAs from 65 million per year to possibly P535 million, an increase of approximately 823 percent in the annual General Appropriations Act (GAA).

“With this, our threatened animal and plant wildlife will have a bigger chance of surviving, and hopefully, thriving in the future,” Sato, the United Nations Development Program (UNDP) biodiversity finance legislative champion in the House of Representatives said.

A consolidation of Senate Bill 1444 and HB 6772, the ENIPAS list of PAs includes the Mts. Iglit-Baco National Park (MIBNP), which straddles in Occidental and Oriental Mindoro, home to iconic Philippine Tamaraw (Bubalus mindorensis), also known as the Mindoro dwarf buffalo which can only be found on Mindoro island and nowhere else in the world.

The ENIPAS will expand the coverage of areas set aside for conservation from 13 PAs to 107 PAs covering a total of 3.5 million hectares, slightly over 10 percent of the country’s total land area of 30 million hectares.

These PAs straddles across 53 provinces in 15 regions.

There are a total of 240 PAs but only 13 are backed by legislation and regular budget. With ENIPAS, the number of PAs backed with legislation increases to 107. The land classification of these areas have also changed from forestland to National Park.

According to the UNDP which initiated the Biodiversity Finance Initiative (BIOFIN), It is imperative that measures to conserve the country’s rich biodiversity.

The Philippine Biodiversity Strategy and Action Plan (PBSAP) 2015-2028 has been put in place by the Philippine government but to implement the PBSAP, a P24-B budget is required annually.

The current level of spending on biodiversity is only at P5B per year, which leaves an 80 percent financing gap.