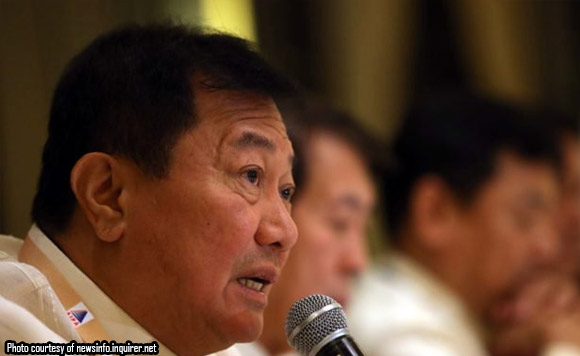 0 364
Share
Want more POLITIKO News? Get the latest newsfeed here. We publish dozens and dozens of politics-only news stories every hour. Click here to get to know more about your politiko - from trivial to crucial. it's our commitment to tell their stories. We follow your favorite POLITIKO like they are rockstars. If you are the politiko, always remember, your side is always our story. Read more. Find out more. Get the latest news here before it spreads on social media. Follow and bookmark this link. https://goo.gl/SvY8Kr

Palawan Board Member Eduardo Modesto Rodriguez is calling on the heavens for help in seeking to block a measure he steadfastly opposes.

On Facebook, Rodriguez said he would kneel and beg just to block the passage of House bill 6595 that would allow couples, whether same sex or opposite sex, to form civil partnerships where they would enjoy all benefits and protections granted to married spouses.

He aired his pleading as he shared a link to a story on the measure’s progress.

The politiko, though, did not explain the reason for his objection or how such a measure would be detrimental to him or his province.

Maybe more people would be inclined to support him if he shared his reasons for his objection?