House panel postpones vote on impeachment articles due to disagreement 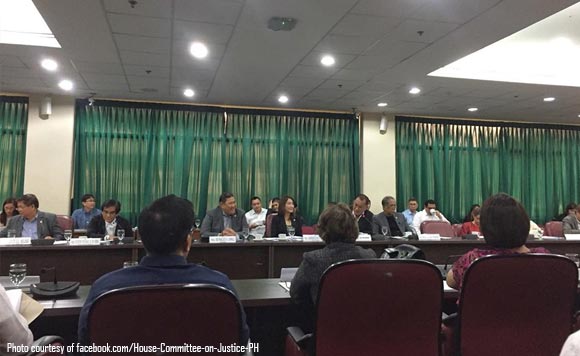 The voting on the articles of impeachment against Supreme Court Chief Justice Maria Lourdes Sereno has been moved from Wednesday to next week, Oriental Mindoro second-district Rep. Rey Umali said on Tuesday.

The chairman of the House committee on justice said the panel members decided to postpone the submission of the draft of the articles of impeachment as well as the vote because they could not immediately reach an agreement as to which offenses to include.

The complainant, lawyer Larry Gadon, included 27 charges against Sereno in his complaint but Majority Leader Rudy Fariñas said at the last hearing that it might be better to limit the grounds to the strongest ones.

Umali maintained that the case against Sereno remained “really strong” in spite of delays.

House leaders previously said they would wait until the Supreme Court issued a ruling on the quo warranto petition against Sereno before tackling the impeachment case in plenary.