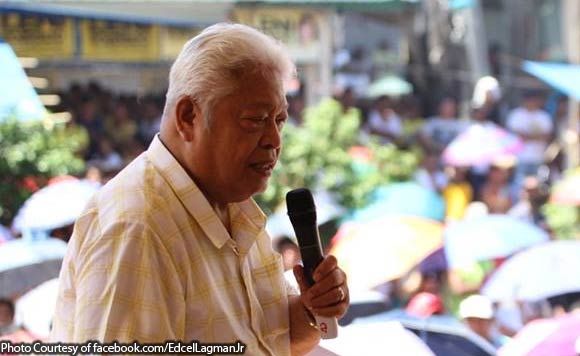 “Neither can Duterte challenge the ICC’s jurisdiction over him by foisting the country’s sovereignty,” the Magnificent 7 lawmaker said in a statement.

Lagman said that as a signatory to the Rome Statute of the ICC, the Philippines “is obligated to submit to the jurisdiction of the ICC and cooperate fully with ICC investigators.”

Article 86 of the Rome Statute provides that “States Parties shall, in accordance with the provisions of this Statute, cooperate fully with the Court in its investigation and prosecution of crimes within the jurisdiction of the Court.”

The Philippines became a State Party to the Rome Statue when President Benigno Aquino III signed it on February 28, 2011 and the Senate gave its concurrence on August 23, 2011.

Lagman said presidential spokesperson Harry Roque “cannot mouth with candor and conviction” the administration’s evasive stance, considering he had filed on August 10, 2016, as a former Kabayan Partylist Representative, House Bill No. 2835, entitled “An Act in Compliance by the Republic of the Philippines with its Obligations under the Rome Statute of the International Criminal Court and for other purposes.”

In that bill, Roque explained that as a “party to the Rome Statute, the Philippines must fulfill its international legal obligations to assist the Court in the task of addressing the most serious crimes of international concern.”

Lagman said, “Even as he is the President’s anointed apologist, Roque cannot flip-flop without remorse, and forfeit any of his remaining credibility.”