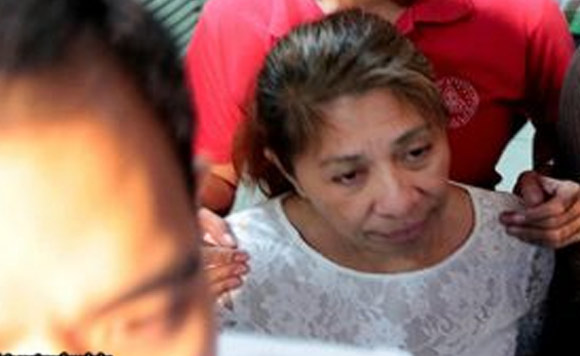 The Court of Appeals (CA) upheld the order of the Office of the Ombudsman to bar from public office former Masbate governor and representative Rizalina Seachon Lanete.

Lanete was dismissed as governor by the Ombudsman in October 2015 and declared perpetually disqualified from holding public office after finding her guilty of grave misconduct, serious dishonesty, and conduct prejudicial to the best interest of the service over her involvement in the pork barrel scam.

Under pork barrel scam charges she is facing before the Sandiganbayan, Lanete is accused of having amassed around P108 million from from kickbacks from her Priority Development Assistance Fund (PDAF) from 2004 to 2010 when she was still a legislator.

Lanete insisted before the CA she was still covered by the condonation doctrine before being abandoned by the Supreme Court (SC) in a November 2015 decision.

Under the doctrine, once an official gets re-elected he or she would no longer be made accountable over administrative offenses committed.

“It was only her constituents in the 3rd District of Masbate who were presumably aware and entitled to forgive any misconduct of Lanete,” the CA ruled.

“Contrarily stated, the body politic of the first and second districts of Masbate were in no position to condone Lanete’s administrative offenses during the 2010 local elections,” it pointed out.