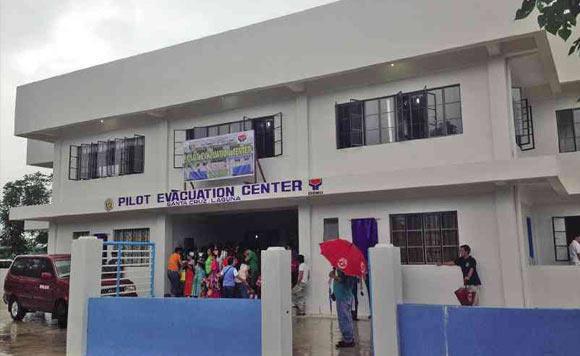 To help the city government here address the huge task of evacuating thousands of residents in times of calamities, six senators have pledged a P60-million fund for building multi-purpose permanent evacuation camps in this city.

Senator Sherwin Gatchalian is included in the P60-million pledge although he was not able to join the five lawmakers who came to Legazpi for the hearing. Each of the senators is giving P10 million for the planned projects.

Zubiri said: “We will help Mayor Noel Rosal to establish the permanent evacuation centers here. Your six young senators Edgardo Angara, Joseph Ejercito, Joel Villanueva, Win Gatchalian, Nancy Binay will be giving P10 million each for evacuation shelters. According to Mayor Rosal, he already purchased a lot but his concern is the budget for structure so we’re committing P60 million”.

Rosal expressed his gratitude to the lawmakers for their efforts and commitment to provide help for the establishment of permanent multi-purpose evacuation centers in Legazpi.

Ejercito also gave a P1-million aid for Mayon evacuees aside from relief goods and P10-million commitment to the city government.

Currently, there are 17,186 families or 65,493 persons temporarily staying in evacuation camps in three cities and six municipalities for safety.

Among the three cities affected by Mayon Volcano’s eruptive activities, Legazpi has the highest number of evacuees with 3,053 families equivalent to 11,648 people followed by Tabaco with 1,900 families or 7,541 people and Ligao City with 946 families or 4,005 people.

Sulfur dioxide (SO2) emission is still abnormal and the edifice is continuously bulging.

The public is strongly advised to be vigilant and desist from entering the eight (8) kilometer-radius danger zone, and to be additionally vigilant against pyroclastic density currents, lahars and sediment-laden stream flows along channels draining the edifice. (PNA)