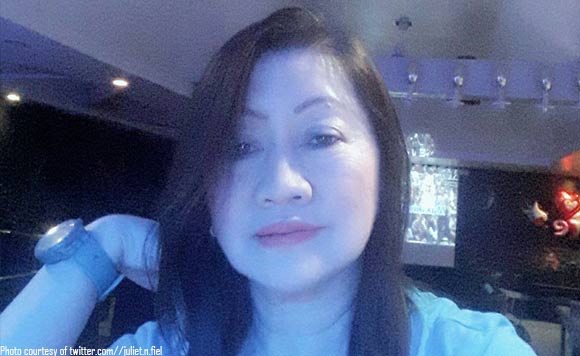 The Sandiganbayan has acquitted former Looc, Romblon Mayor Juliet Ngo-Fiel and five other officials of graft charges over a P9-million irrigation project in 2007.

In a 33-page decision dated Feb. 23, 2018, the Sandigabayan First Division ruled that Fiel was acting in good faith when the project was awarded to its lone bidder, R.G. Florentino Construction and Trading (RGFCT).

“Absent any damage nor injury, coupled with the fact that the accused were merely actuated by good faith in acting as they did in the implementation of the subject project, this court, therefore, is inclined to absolve them from the instant criminal charge,” the anti-graft court said in its ruling.

The Office of the Ombudsman had accused Fiel of entering into a contract with RGFCT for the small-scale irrigation/small water impounding project (SWIP) of Looc despite having no authority from the municipal council.

Graft probers also discovered that RGFCT was ineligible to participate in a public bidding, which was marred by several irregularities and fraud.

The anti-graft court said the procurement for the project was within the bounds of the Government Procurement Act, contrary to the claims of private complainant Manuel Arboleda, a former Looc mayor who lost to Fiel in the 2007 local elections.

Likewise, the Sandiganbayan considered the defense of Fiel, who said that the town was chosen by the Department of Agriculture (DA) as one of the beneficiaries of the government’s hunger mitigation program.

“It was a rare opportunity for a fourth class municipality, such as Looc, to be bestowed with an infrastructure project in support of its hunger mitigation program,” the Sandiganbayan ruling said.

The anti-graft court added that the project does not need a resolution from the municipal council due to its funding from the national government and the urgency of the project.

It said it sees no evidence the project had caused undue injury to the government.

The Sandiganbayan noted that the barangay beneficiaries were already benefiting from the project.

“The quantum of evidence points to the fact that the acts of the accused relative to the SWIP were borne out of good faith spurred only be sheer desire to take advantage of the opportunity to avail of the intended project and comply with what was expected from their end,” the anti-graft court said. (PNA)