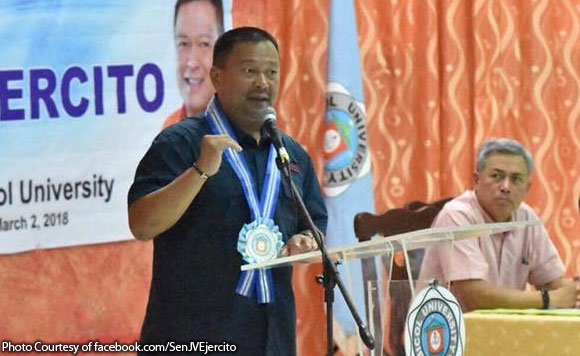 “This is the first time that the senate will have a hearing here in our province”, Governor Al Francis Bichara said during the hearing.

Bichara thanked the Senators for choosing Albay as the venue for the public hearing amid the disruptive activities of Mayon Volcano.

The hearing also served as a consultation for the public as well.

“We wanted to make sure that all regions, all the areas… the bill will be heard.” Sen. JV Ejercito added.

Board Members, Mayors, and Councilors from different municipalities and districts were also present.

Rep. Helen Tan, Sen. Ejerito’s counterpart at the lower House, was also present to address questions about the proposed measure.

Senator Ejercito said he conducted inspection to government hospitals around Philippines to assess real situation of the hospitals.

The next public hearing on the said bill will be conducted in Northern Luzon.