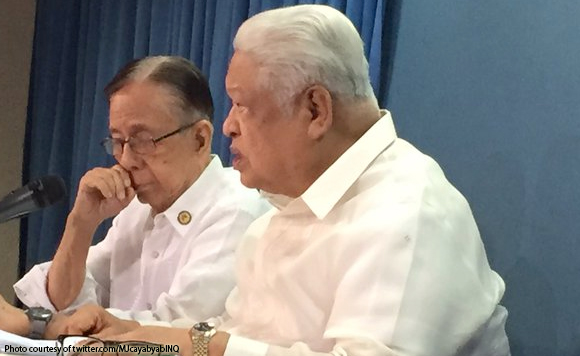 “The ‘mutiny’ reportedly spearheaded by seven (7) associate justices of the Supreme Court against Chief Justice Maria Lourdes Sereno diminishes the respect owing to them and tarnishes their dignity even as they placed the High Court in an inordinately bad light,” he said in a statement.

The Magnificent 7 lawmaker said the act of the concerned justices in forcing Sereno to take an indefinite leave of absence was premature considering the progress of the impeachment case against the Chief Justice.

“Instead of waiting for the Chief Magistrate to be impeached by the House of Representatives and tried by the Senate, pursuant to the Constitution for alleged ‘impeachable offenses,’ the concerned justices compelled Sereno to take an indefinite leave after a failed attempt to unseat or remove her,” he said.

“Since no less than six incumbent justices submitted to the jurisdiction of the House Committee on Justice when they testified against Sereno before the “impeachment committee”, why can they not allow the impeachment proceedings to take its course?” Lagman said.

“After washing dirty robes in public, the subject justices laid bare the embarrassing hostilities in the Supreme Court,” he added.

Lagman reminded the justices that “it is the Congress, through the separate actions of the House and the Senate, which has the jurisdiction to impeach and remove the Chief Justice if warranted.”

“The justices concerned cannot en banc preempt or usurp the jurisdiction of the Congress,” he said.