Naga City gov’t working on solutions to its flooding woes 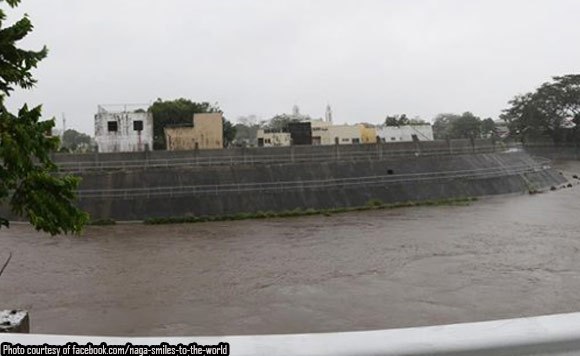 0 1,440
Share
Want more POLITIKO News? Get the latest newsfeed here. We publish dozens and dozens of politics-only news stories every hour. Click here to get to know more about your politiko - from trivial to crucial. it's our commitment to tell their stories. We follow your favorite POLITIKO like they are rockstars. If you are the politiko, always remember, your side is always our story. Read more. Find out more. Get the latest news here before it spreads on social media. Follow and bookmark this link. https://goo.gl/SvY8Kr

The City Government of Naga has started working on finding solutions to its flooding woes.

Heavy rains earlier this year brought severe flooding im several areas in the city, which prompted the local government to act on it.

“The widening of the waterways are some of the means being considered by the city government in addressing the issue,” the city said.

The city government will create Waterways Division that will look into the flood situation and conditions of the drainages and waterways around the city.

Among the tasks of the said division is to make sure that waterways are free from any obstruction such as garbage or other waste materials that clog the water flow.

“As to the siltation being observed in the Naga River— also one of the considered reasons for the flooding— the problem will be acted upon through further dredging and desiltation activities in the river,” the city said.

Recognizing that the flooding issue “is not only confined to a city or municipality alone,” the Naga City will draft a Comprehensive Drainage and Flood Control Masterplan involving the municipalities of Bombon, Calabanga, Canaman, and Magarao.

“The LGU- Naga had already requested the Provincial Environment and Natural Resources Office (PENRO)- Camarines Sur for a copy of the survey of rivers, creeks and other waterways in the Metro Naga to help in the creation of the said masterplan,” the city said.

Vice President Leni Robredo earlier led a meeting together with the concerned LGUs and government agencies such as the NIA and the DPWH, to resolve the flooding issue.

“Said LGUs will be submitting their proposed projects responding to the flood issues to DPWH for further consideration and approval for its appropriation in the 2019 budget,” Naga City said.