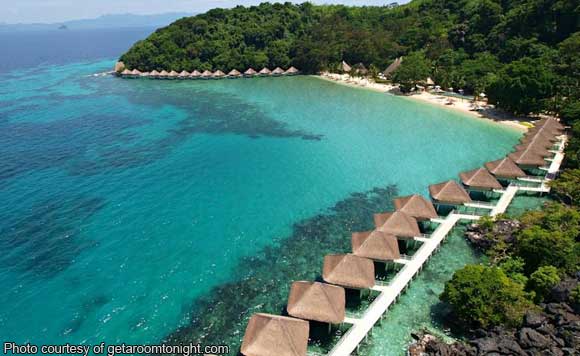 0 724
Share
Want more POLITIKO News? Get the latest newsfeed here. We publish dozens and dozens of politics-only news stories every hour. Click here to get to know more about your politiko - from trivial to crucial. it's our commitment to tell their stories. We follow your favorite POLITIKO like they are rockstars. If you are the politiko, always remember, your side is always our story. Read more. Find out more. Get the latest news here before it spreads on social media. Follow and bookmark this link. https://goo.gl/SvY8Kr

The Department of Environment and Natural Resources (DENR) has given three months to business establishments operating within the easement and salvage zones of El Nido, Palawan to demolish their structures.

Natividad Bernardino, Regional Director of DENR 4-B (Mimaropa), on Friday imposed the deadline on 40 establishments standing inside the easement zone.

“In your affidavit of undertaking (waiver), you will be given three months to self-demolish,” she told the owners.

Bernardino was in El Nido for a public-private stakeholders’ meeting attended by some 250 residents, business operators, local DENR representatives, and municipal government officials.

The forum, she said, was part of the DENR’s bid to clean up El Nido within three to six months “on marching orders of Secretary Roy Cimatu and President Rodrigo R. Duterte”.

Bernardino told the forum participants that she has created the “El Nido Task Force Challenge” with 50 technical people to run through an estimated 500 businesses and see if their operations are according to environmental standards.

The monitoring of the task force in El Nido began two days ago and only 150 establishments were able to present their environmental compliance certificates, she said.

What needed to be checked were the compliance of the establishments with solid and wastewater management laws and if their structures are outside the designated coastal and timberland easement areas, Bernardino added.

“We think 80 percent of the establishments do not have pollution control officers, and therefore, do not have wastewater discharge permits and permits to operate,” she added.

The DENR will shoulder the holding of an accreditation training for pollution control officers next month to ease the burden of expenses by business owners.

Bernardino said structures that trespassed on timberland areas will be required to show “tenurial instruments” to prove they were allowed to be there for tourism purposes.

“For those without proper tenurial instruments, we’re going to serve you show cause memoranda,” she said.

She warned that penalties that will be imposed on businesses will be equivalent to the fees they were supposed to pay from the day they started operating.

Bernardino said they would finish the monitoring in the next two weeks and after that, “we will serve all the notices of violation and the show cause memoranda”.

Erring business owners will be invited to a technical conference, where they would be given a chance to appeal and comply with the requirements to operate legally.

Meanwhile, Mayor Nieves Rosento, called on the residents’ support to prevent what could be irreversible damage to El Nido’s natural environment.

“We all have done wrong and fallen short but it is not too late to make them right,” she said, adding that the deteriorating water quality of the town’s beach should also be given attention if El Nido is to remain as one of the country’s top tourism destinations.

Rosento said she hopes the completion of a centralized sewage treatment plant in 2020 would help resolve this growing water quality concern. (PNA)