Lagman to critics: No quickie divorce in House bill 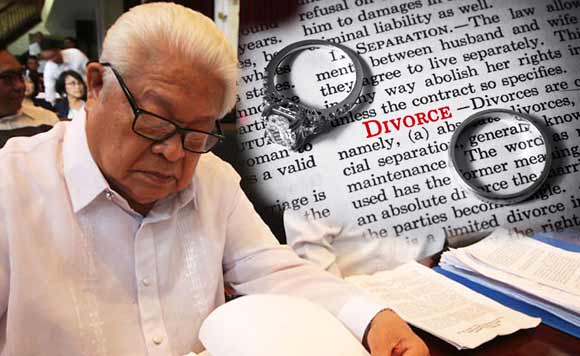 0 560
Share
Want more POLITIKO News? Get the latest newsfeed here. We publish dozens and dozens of politics-only news stories every hour. Click here to get to know more about your politiko - from trivial to crucial. it's our commitment to tell their stories. We follow your favorite POLITIKO like they are rockstars. If you are the politiko, always remember, your side is always our story. Read more. Find out more. Get the latest news here before it spreads on social media. Follow and bookmark this link. https://goo.gl/SvY8Kr

The absolute divorce bill does not allow “drive thru”, “no-contest” or “quickie” divorces, Albay first-district Rep. Edcel Lagman said on Friday in response to comments from senators who oppose the bill.

In a statement, the House opposition leader said the bill unequivocally provides that “no decree of absolute divorce shall be based on a stipulation of facts or confession of judgment”, which is a prohibition on a no-contest divorce.

Coerced petitions and convenient collusions are also prohibited, he noted.

Lagman is one of the authors of the bill and chair of the subcommittee that drafted the approved version by the House committee on population and family relations.

He said the Office of the Public Prosecutor is mandated by the bill to conduct investigations to determine whether or not there is collusion between the spouses.

“The bill specifically provides that the ‘Office of the Public Prosecutor in provinces, cities and capital towns is authorized and obliged to conduct investigations to find out whether or not there is collusion between the spouses in a petition for absolute divorce and shall report its findings to the proper court within six (6) months from the filing of the petition’,” he said.

“Moreover, steep penalties of five years imprisonment and a PhP200,000.00 fine are imposable on a spouse who coerces the other into filing a petition for divorce as well as on colluding spouses,” Lagman said.

He said, “These provisions uphold the State’s commitment to protect marriage as a social institution.”