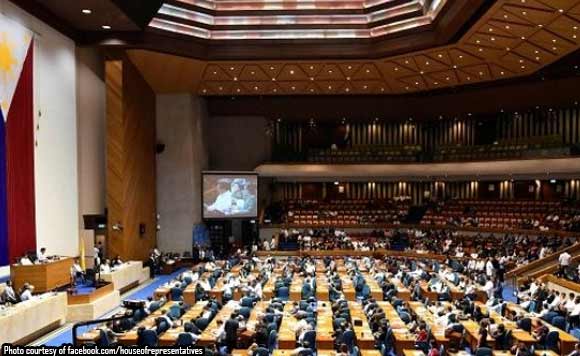 0 572
Share
Want more POLITIKO News? Get the latest newsfeed here. We publish dozens and dozens of politics-only news stories every hour. Click here to get to know more about your politiko - from trivial to crucial. it's our commitment to tell their stories. We follow your favorite POLITIKO like they are rockstars. If you are the politiko, always remember, your side is always our story. Read more. Find out more. Get the latest news here before it spreads on social media. Follow and bookmark this link. https://goo.gl/SvY8Kr

The House of Representatives committee on population and family relations will begin deliberating on a “pro-women” version of the bill drafted by a subcommittee headed by Albay first-district Rep. Edcel Lagman.

In a press briefing, Lagman said his technical working group had finished consolidating the four different versions of the bill, including House Speaker Pantaleon Alvarez’ proposal introducing dissolution of marriage.

The Magnificent 7 lawmaker said the subcommittee did not retain the Speaker’s proposal of using the term “dissolution of marriage,” and opted to use Lagman’s “absolute divorce.”

“This time, let’s call a spade a spade,” Lagman said.

He described the pending bill as “pro-women,” noting that in most cases of legal separation, it is usually the woman who is “liberated from an abusive situation,” and “for her to regain her dignity and self-respect.”

Under the subcommittee’s version of the bill, the grounds for absolute divorce are the following:

1.all the existing grounds for legal separation, annulment or nullification of marriage
2.de facto separation for five years
3.where marriage is irremediable or beyond repair
4.where spouses have already gotten a judicial degree of legal separation for two or more years
5.irreconcilable differences which have resulted in a total breakdown marriage
6.when one of the spouses has undergone a sex reassignment surgery.
Lagman said “no fault divorce” shall not be allowed, as :this could be a possible ground for collusion of parties.”

He said this was pursuant to the state’s commitment to protect the sanctity of marriage as an institution.