Albay gets P5M worth of rice donation from Valenzuela City 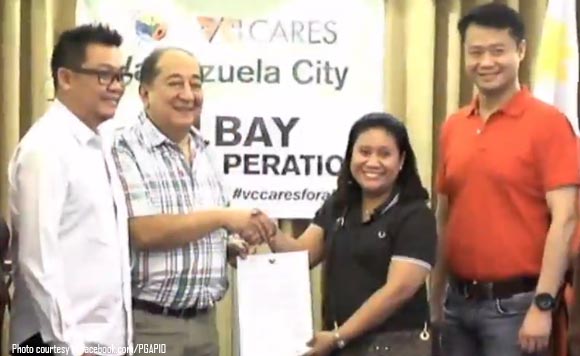 The City of Valenzuela, through Senator Win Gatchalian, has donated P5 million worth of rice to Albay province for the evacuees affected by Mt. Mayon’s eruptive activities.

Senator Gatchalian personally attended the turnover today, February 16, at the Albay Capitol. The Senator was welcomed by Albay Gov. Al Francis Bichara and other municipal and city mayors.

Bichara said that the local government units will get their respective share in the rice donation.

“Turn over of 5M worth of rice donation from Valenzuela City through Senator Win Gatchalian. The various municipalities in the province will receive their respective allocations as attested by the mayors,” Gov. Bichara said.

The governor expressed gratitude to the donation extended by Valenzuela City.

Alert Level 4 remains in effect over Mayon Volcano. As of Feb. 15, there are still 66,097 individuals staying in different evacuation centers in the city.

Aside from Valenzuela, other LGUs have already sent aid to Albay such as Taguig, Davao City, Tacloban City, among others.