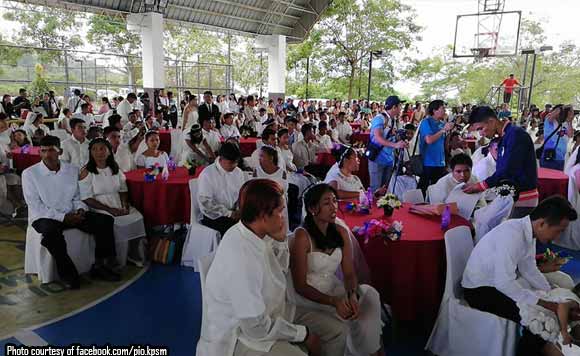 Love is truly in the air as 67 couple have tied the knot oncas part of the celebration of Marriage Week.

The said mass wedding was the highlight of annual celebration of Marriage Week in Calapan from February 7 to 14.

Calapan City is the capital of the province of Oriental Mindoro.

City Councilor Fay Ilano authored the City Ordinance No. 10, Series of 2017 “An Ordinance Declaring February 7 to 14 Every Year as Marriage Week in the City of Calapan.”

The ordinance aims to boost the relationship of the couple and to encourage Calapeños to give marriage an importance.

Also part of the Marriage Week Celebration was the seminar on love, courtship, and marriage conducted for high school students in the city.