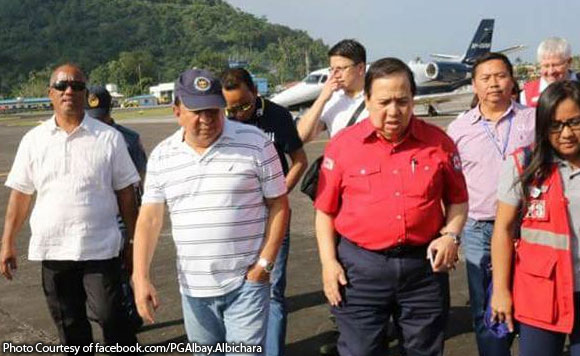 The Philippine Red Cross, headed by Senator Richard Gordon, has provided humanitarian services for evacuees in Albay affected by the eruptive activities of Mayon Volcano.

“The restive Mayon Volcano has caused disruptions in most of the classes in Albay affecting both the evacuees and the students of the schools that are being used as an evacuation centers. To help address these problems and issues, PRC immediately built the five (5) 56 square meters tents donated by TRCS,” the province of Albay said.

The tents were built in various schools in Camalig, Malilipot and Guinobatan that can accommodate up to 45 children per tent.

“We provided them learning spaces, which are safe and conducive for learning amidst of the looming situation,” Senator Gordon was quoted as saying.

Red Cross has also constructed five toilets in Guinobatan and Malilipot towns and is also planning to set up more in other evacuation centers.

“A distribution of relief goods and hot meals to the evacuees in Guinobatan West Central School was also done and led by Chairman Richard Gordon and Governor Al Francis Bichara,” said the province.