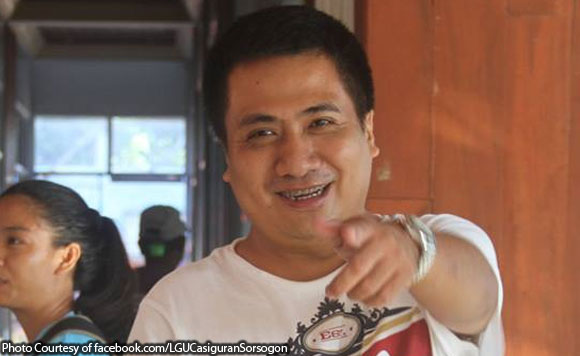 The mayor of Bulusan, Sorsogon has pleaded guilty to nonremittance of Government Service Insurance System (GSIS) amounting to more than P2.3 million in 2010 to 2011.

Mayor Michael Guysayko of Bulusan, Sorsogon, has entered a guilty plea to the charges of 10 counts of violation of Section 52 (c) of Republic Act No. 8291 (GSIS Act) during his arraignment last January 12.

“Guysako, together with Municipal Treasurer Jasmin Garcia, Municipal Accountant Ramon Belleza and Municipal Budget Officer Marieta Negrite were convicted by the Sandiganbayan for their non-remittance of GSIS premium contributions from July 2010 to July 2011 totalling P2,339,199.14,” the Office of the Ombudsman said in a statement.

Guysayko and his co-accused were duly assisted by their counsel and manifested that they fully understood the nature of the charges and the consequences of their plea.

The Sandiganbayan First Division ordered accused to pay a fine of P5,000.00 each for each count with subsidiary imprisonment in case of insolvency.

GSIS Act of 1997 provides that “it shall be unlawful for heads of national government offices and personnel who are involved in the collection of such contributions to fail, refuse, or delay the payment of such GSIS premiums within 30 days from due date. GSIS premiums are payable every 10th day of the month.”