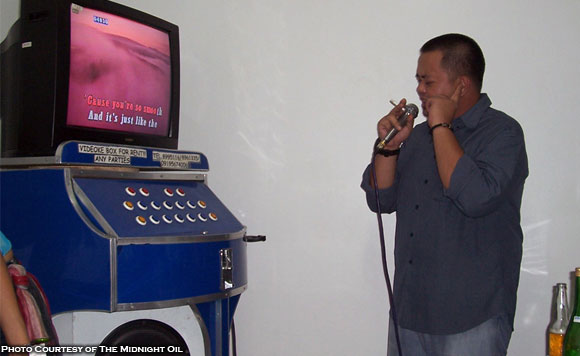 0 612
Share
Want more POLITIKO News? Get the latest newsfeed here. We publish dozens and dozens of politics-only news stories every hour. Click here to get to know more about your politiko - from trivial to crucial. it's our commitment to tell their stories. We follow your favorite POLITIKO like they are rockstars. If you are the politiko, always remember, your side is always our story. Read more. Find out more. Get the latest news here before it spreads on social media. Follow and bookmark this link. https://goo.gl/SvY8Kr

Personnel of the Calapan City government has started making rounds on bars last night, February 1, to check their compliance with a new ordinance banning the operation of videokes and similar sound devices starting 10 pm.

Members of the City Public Safety Department spearheaded the operation to check the enforcement of City Ordinance No. 13.

According to the city, one establishment had been issued citation ticket for operating its videoke way past 10 pm.

“Personnel of the City Public Safety Department made the rounds of bars tonight to monitor and enforce compliance with Ordinance No. 13 limiting the operation of videokes, live bands, acoustics and other sound amplifying devices up to 10 pm,” the city said.

“One establishment was isssued citation ticket as first offense for operating videoke at past 10 pm,” it added.

The new regulation was inspired by the same ordinance that has long been implemented in Davao City, the hometown of President Rodrigo R. Duterte.

“The ordinance was patterned after a similar ordinance in Davao City,” the Calapan City said.