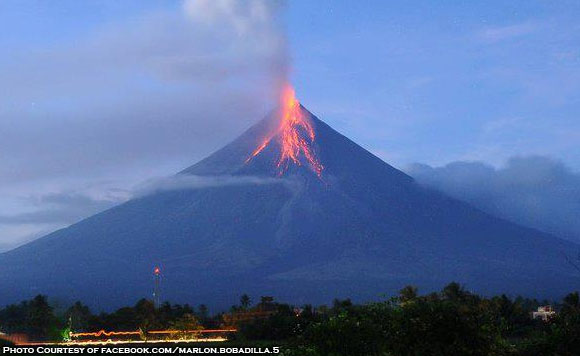 0 655
Share
Want more POLITIKO News? Get the latest newsfeed here. We publish dozens and dozens of politics-only news stories every hour. Click here to get to know more about your politiko - from trivial to crucial. it's our commitment to tell their stories. We follow your favorite POLITIKO like they are rockstars. If you are the politiko, always remember, your side is always our story. Read more. Find out more. Get the latest news here before it spreads on social media. Follow and bookmark this link. https://goo.gl/SvY8Kr

Residents of nine areas in Albay who were displaced by the eruption of Mayon Volcano in January are getting some P4.5 million in aid from Davao City.

The Davao City council approved an ordinance allowing the local government to use a part of the city’s quick response fund for 2018.

Davao Central 911 Communication and Emergency Response Center head Emmanuel Jaldon explained “there was a consideration in terms of financial capacities” of the mentioned cities.

“One of the inputs is based on the financial capacities of the cities,” he said.

In January, Albay province was placed under a state of calamity due to the threat from Mayon’s hazardous eruption.

The Philippine Institute of Volcanology and Seismology placed Mayon at Alert Level 4, and discourged people from entering the 8-km-radius danger zone.

But city councilor Diosdado Mahipus Sr. asked why the said affected local government units will be receiving the same amount of assistance.

Mahipus suggested that there should be a “standard” on liquidating the amount of financial aid the city will give.

“I am not against this but please consider this is Juan dela Cruz’ hard-earned money of the City of Davao,” Mahipus said.

Councilor Danilo Dayanghirang, who chairs the committee on finance, ways and means and appropriations, assured that the proposed ordinance comes will have pertinent documents.