Cam Sur has got your back! Gov. Migz Villafuerte to adopt an evacuation center in Albay 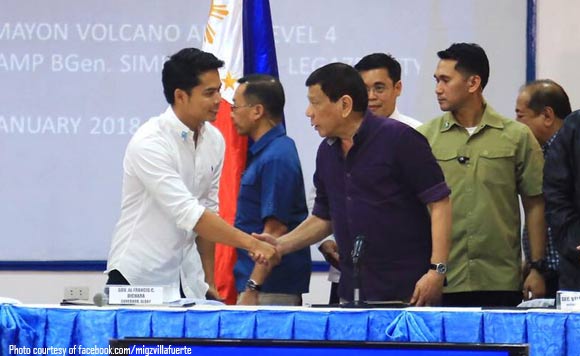 The oragon are coming to the aid of their fellow oragon.

Camarines Sur may be untouched by Mayon Volcano’s tantrums, but the province will not sit idly by while it spews ash and smoke into the air.

Gov. Migz Villafuerte said on Facebook that the province would adopt an evacuation center in Albay and take care of some of its needs.

Bicolanos will not leave fellow Bicolanos alone to suffer!

Camsur has also committed to adopt an evacuation center in Albay wherein we will be sending a team of volunteers, doctors, nurses, police, firemen, emergency responders, and psychosocial therapists.