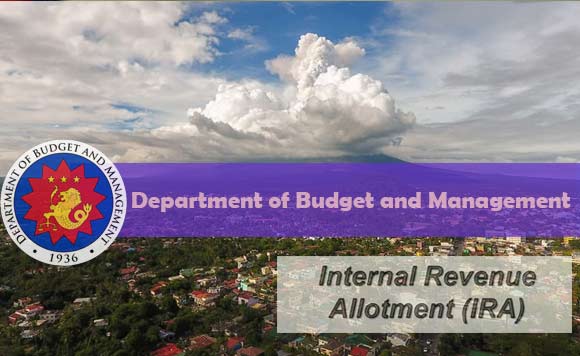 The (DBM) has released the internal revenue allotment (IRA) of Albay, allowing the province to tap its Local Disaster Risk Reduction and Management Fund (LDRRMF) to provide assistance to Bicolanos affected by the eruption of Mayon Volcano.

“The IRA of all local government units (LGUs), including that of the province of Albay, was released on Monday. Normally, the funds would be downloaded simultaneously to all LGUs. However, given the situation in Albay, we made a request to the Bureau of Treasury to expedite the downloading of funds to Albay,” DBM Secretary Benjamin Diokno said.

The LDRRMF amounting to not less than five percent of the LGU’s estimated revenues from regular sources is set aside to support disaster risk management activities.

Thirty percent of the LDRRMF is earmarked as a Quick Response Fund (QRF) and 70 percent is allocated for disaster prevention and mitigation, preparedness, response, rehabilitation and recovery.

The total LDRRMF of Albay for 2018 is P94.2 million, with P28.26 million dedicated to quick response, and P65.94 million for Capital Outlays (CO) and Maintenance and Other Operating Expenses (MOOE) related to disaster prevention and mitigation, preparedness, response, rehabilitation and recovery.

Aside from the LDRRMF for 2018, LGUs can also tap into the unutilized LDRRMF for the past five years which is set up as a Trust Fund. The LDRRMF balance of Albay for 2017 is an estimated P39.2 million.

As of Jan. 23, 2018, Albay has incurred expenses totalling to PHP21.2 million in response to the Mt. Mayon eruption.

National Government Agencies (NGAs) are also monitoring the situation in Albay and providing relief and assistance in their own capacity. NGAs have an available P7.6 billion in Quick Response Funds; P7 billion from which has already been comprehensively released to the Department of Social Welfare and Development (DSWD), Department of National Defense (DND), Department of Health (DOH), Department of Public Works and Highways (DPWH), Department of Education (DepEd), and Department of Agriculture (DA).

Aside from the QRF, NGAs may also source funds from the National Disaster Risk Reduction and Management Fund (NDRRMF) which has a balance of P19.6 billion for FY 2018. (PR)