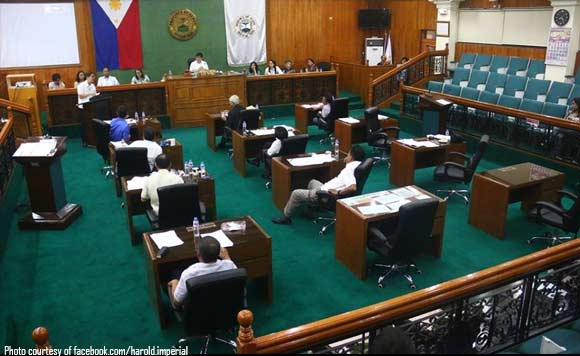 Mayon Volcano’s eruption and ash fall failed to stop the Albay’s provincial board from coming to work and doing its job.

Albay Vice Governor Harold Ong Imperial said that as Mayon unleashed her anger, the province’s legislature continued with its session to pass several resolutions and ordinances.

These include a resolution for a smoke-free environment in public and enclosed spaces in Polangui as well as several measures to do with the budget, fees, and income of Albay’s numerous towns.

“The rumbling sound of Mayon Volcano in today’s eruption also signal the major accomplishment of the 71st Regular Session of the SPA as shown by the avalanche of resolutions and ordinances it enacted, as such:

1. Resolution requesting the Hon. Al Francis C. Bichara, Governor, Province of Albay to establish an Optometric Clinic in the Provincial Capitol of Albay;

2. Resolution declaring as valid and operative the Municipal Ordinance No. 06-2017 of Polangui, Albay, entitled: “An Ordinance creating the guidelines for the establishment of Smoke Free Environments in public and enclosed places in the Municipality of Polangui, Province of Albay;”

4. Resolution declaring the Appropriation Ordinance No. 02-2017 (Annual Budget for CY-2018 of the Municipality of Malilipot, Province of Albay operative in its entirety subject to some conditions;

5. Resolution returning the Municipal Ordinance No. 2017-10 of Tiwi, Albay, entitled: An Ordinance prescribing the rules and regulations for the grant of authority in the issuance of permit or license to establish, operate and maintain cockpits and regulate cockfighting activities and providing penalties for violations thereof;

7. Resolution authorizing Governor Al Francis C. Bichara, to enter into and sign the MOA with UPLIFT International and Rotary Club of Legazpi relative to the conduct of medical mission/project called “Operation Taghoy”;

9. Resolution declaring as valid and operative the Ordinance No. 12-2017 of the Municipality of Daraga, Province of Albay, entitled: An Ordinance fixing the rates of monthly rental and cost of lease of rights and regulating the use of the stalls of the Daraga Public Market Building 1, 2, 3 (Old Market) & 4 (New Public Market), as amended;

10. Resolution declaring as valid and operative the Ordinance No. 2017-029 of the City of Ligao, entitled: An Ordinance amending Ordinance No. 95-10, as amended, otherwise known as “An Ordinance prescribing the fixing of charges/fees for lease, terms and conditions of burial facilities in the municipal public cemetery” increasing the rate for individual tomb and prescribing conditions on the relative of the deceased who died after renewal that will be joined in the tomb;

14. Resolution declaring as valid and operative the Ordinance No. 14-0018-2017 of the City of Legazpi, entitled: An Ordinance adopting a “No Physical Contact Apprehension Policy” the vice governor posted on Facebook.