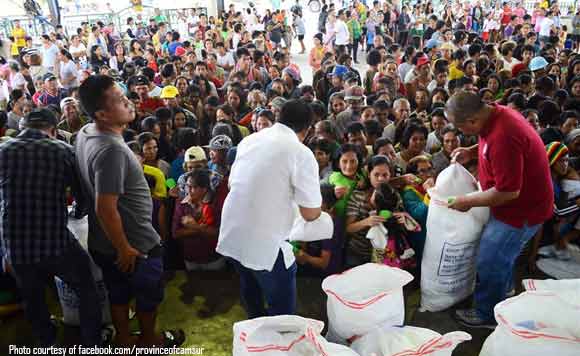 0 594
Share
Want more POLITIKO News? Get the latest newsfeed here. We publish dozens and dozens of politics-only news stories every hour. Click here to get to know more about your politiko - from trivial to crucial. it's our commitment to tell their stories. We follow your favorite POLITIKO like they are rockstars. If you are the politiko, always remember, your side is always our story. Read more. Find out more. Get the latest news here before it spreads on social media. Follow and bookmark this link. https://goo.gl/SvY8Kr

The province of Camarines Sur made sure that families affected by recent calamities got relief goods from the provincial government.

Over the past few days, officials of the Camarines Sur provincial government went to different localities that have been affected by recent storms and heavy rains to provide relief efforts.

More over, the province said that it also provided the same relief assistance to six barangays in Maragao town that has been affected by heavy rains last week.

The CamSur provincial government, meanwhile, said that “more affected families are being given the same relief assistance by the province.”