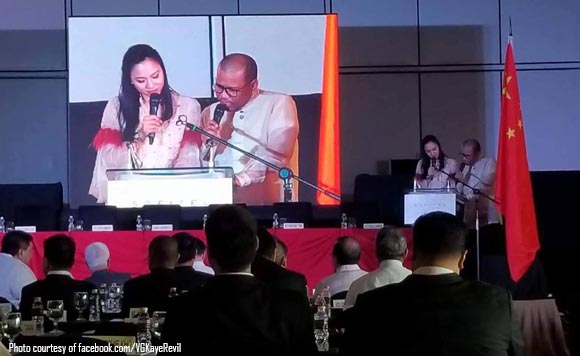 A lawyer, public servant, vice governor, an indie actress and now a host.

Masbate Vice Governor Kaye Revil has added another feather to her cap after she was tasked by her party to host an official event.

Present during the briefing were several leaders of the ruling party PDP-Laban led by Senate President Aquilino “Koko” Pimentel III.

“H.E. Meng Xiangfeng of CPC Central Committee led the Chinese delegation for the forum which was well-attended by the top leaders of the majority ruling party,” it added.

During the briefing, Senate President Pimentel, who is also the president of the PDP-Laban, administered the Oath for its new officers.

Aside from hosting which was totally new to the vice governor, Revil also began filming an indie movie.