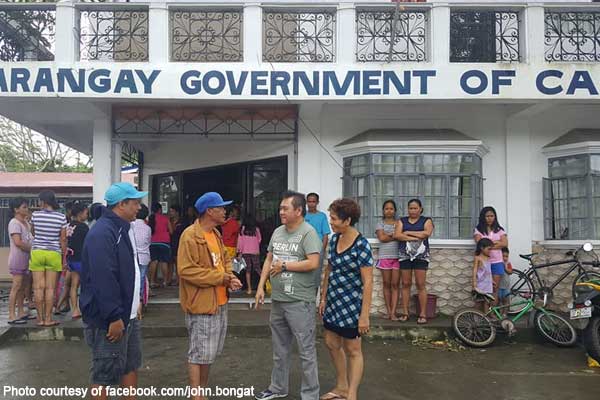 Mayor Bongat on Saturday morning led the relief goods distribution on Barangay Calauag, one of the areas that experienced flooding on Friday due to heavy rains.

The relief goods were jointly prepared by the city government of Naga and the said barangay.

“”PERSONALLY COORDINATED THE RELIEF GOODS distribution this morning in Brgy Calauag, jointly prepared by the barangay and the city gov’t,” said Mayor Bongat.

Mayor Bongat meanwhile said that the flood waters have already subsided as early as Saturday morning.

“The recipients come from CLUPA and other areas in the barangay flooded [on Friday], although flood waters have already subsided in most parts earlier this morning (Saturday),” said the mayor.

Meanwhile, Bongat thanked the City Social and Welfare Department and the barangay officials for fast relief action for affected families.

“Thanks to our CSWD people headed by ma’am Annabel Vargas and the Calauag Brgy Council headed by Cap Corazon Peñaflor. Thank you, thank you for the care!,” the mayor said.

The father of the city did not sit back and instead led the rescue operations on Friday morning to make sure that everyone is safe.

Photos posted by Mayor Bongat in his Facebook account showed him and other members of the local government of Naga braving the storms and crossing flooded areas.

“TO THE RESCUE the whole morning this morning, but the sun is smiling now. Thank God, every one is safe!,” said Mayor Bongat on Friday.