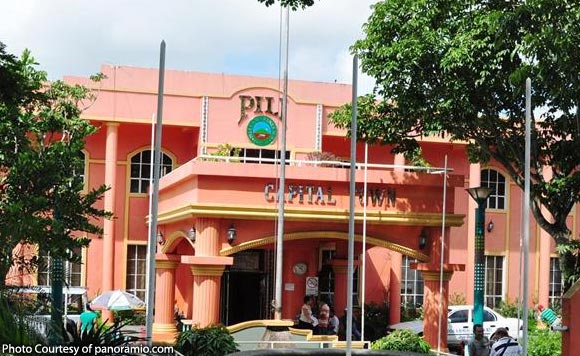 With two mayors assuming and disposing of the function of the local chief executive of Pili, the capital town of Camarines Sur province, residents are confused while the Department of Interior and Local Government (DILG) has yet to issue its position regarding the issue.

The DILG provincial office here declined to give opinion regarding the assumption to office of two mayors spawned by the suspension of the elected mayor here and the take over of the vice mayor as acting mayor.

Jane Ibo, a resident, said the situation is confusing and affecting the government processes at the municipal hall.

“It is confusing and the processing of papers at the local government is already affected. But we will wait what the DILG will do about this problem,” Ibo said.

Arnold Embuenga, a pedicab driver, said he could not understand what was happening and why there were two mayors in his town.

The case pertains to Bongalonta hiring New San Roque councilman David Olaguera as personal driver/bodyguard at the Office of the Mayor, which the Sangguniang Panlalawigan found to have violated Section 7 of Article IX (B) of the Constitution that “disqualifies any elective official from being appointed or designated in any capacity to any public office or position during his tenure.”

Bongalonta, in his argument, cited the DILG Opinion No. 6 series of 2004 dated January 28, 2004 which stated that “barangay Kagawad can be hired to work in government on job order basis.”

But the Sangguniang Panlalawigan declared the DILG Opinion No. 6 series of 2004 “invalid and without legal force and effect”, saying that the Constitutional provision did not make any distinction.

“The distinction made by the DILG in its opinion will not override or rewrite the said Constitutional provision because it does not speak of any distinction,” the Sangguniang Panlalawigan said in its decision.

“It is basic in the rule of statutory construction that where the law does not distinguish, the courts or other government agencies, the DILG included, should not distinguish,” it added.

After the 60-day preventive suspension, Bongalonta reassumed his position as mayor starting August 9. However, on October 19, a “90-day suspension pendente lite” was sustained by the Sandiganbayan and asked the Office of the Ombudsman to impose it on Bongalonta regarding a 2011 anti-graft case filed by municipal accountant Eileen Ceron whom he dismissed.

Regondola again took over as the acting mayor of Pili town while Bongolanta questioned the suspension order requested by the Sandiganbayan and imposed by the Ombudsman.

Meanwhile, the Sangguniang Panlalawigan issued a six-month suspension order on Dec. 19, 2017 as a penalty imposed on Bongalonta regarding the case of hiring of Olaguera for “gross negligence, dishonesty, grave misconduct, and conduct prejudicial to the best interest of the service.”

Regondola insisted that he would continue to assume the function as acting mayor of Pili while the six months penalty suspension imposed by the Sangguniang Panlalawigan was still to be served by Bongalonta.

Bongalonta maintained that the status quo ante order from the Supreme Court provides the legal basis of his re-assumption to office.

“I will overcome all the obstacles and cases in due time,” he said. (Juan Escandor Jr./ PNA)