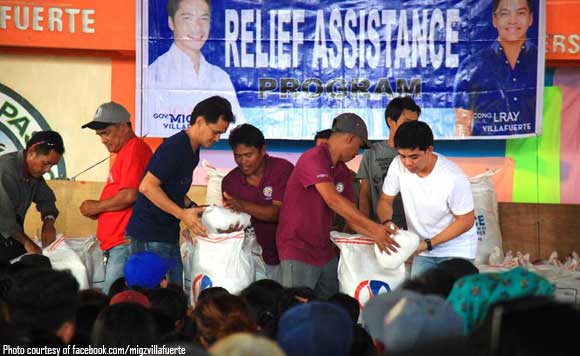 In times of calamity, Camarines Sur provincial government makes sure that nobody gets left behind.

Residents of the province who have been victimized by tropical storms last month continue to receive relief goods from the provincial government.

Just recently, Governor Villafuerte led the distribution of the first tranche of emergency shelter assistance (ESA) to victims of typhoons and vowed that more residents will receive the same aid.

Affected families in Libmanan town received the ESA, which as a joint effort of Provincial Government and the national government through the Department of Social Welfare and Development.

“More households shall be awarded with ESA in the coming days through the joint efforts of the Provincial Government and DSWD,” he added.

The governor also led the dostribution of palay seeds to the farmers, whose crops were devastated by the storms last December.
The province of Camarines Sur has been affected by the Tropical Storm Urduja last December. Through its preparation, the province recorded zero casualty.