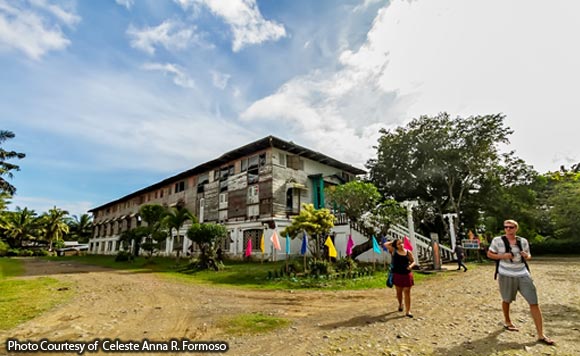 0 676
Share
Want more POLITIKO News? Get the latest newsfeed here. We publish dozens and dozens of politics-only news stories every hour. Click here to get to know more about your politiko - from trivial to crucial. it's our commitment to tell their stories. We follow your favorite POLITIKO like they are rockstars. If you are the politiko, always remember, your side is always our story. Read more. Find out more. Get the latest news here before it spreads on social media. Follow and bookmark this link. https://goo.gl/SvY8Kr

The Department of Tourism (DOT) in Mimaropa presented here Friday night the referral incentive program “Bring Home A Friend” (BHAF) to the Philippines in a bid to boost the tourism industry.

The launch was led by DOT-Mimaropa regional director Danilo Intong, who said the project was first implemented from 1994 to 1997.

“Way back in 1994, it had good results, so, why not revive it to increase our tourist arrivals,” he said.

Intong said the BHAF can be a “big help to the provincial government” of Palawan, which also targets to increase its tourist arrivals.

Based on the partial report by the Provincial Tourism Office (PTO), tourist arrivals in the province from January to December 2017 has reached 889,290.

The figure is still expected to rise to more than over a million as soon as other municipalities and Puerto Princesa send their data.

Governor Jose Alvarez is targeting to increase tourist arrivals in the province to three million in the next five years via the BIMP-EAGA Palawan-Kudat roll-on, roll-off sea link, and other strategies.

Intong said the BHAF can also help the province reach its goal.

“Palaweños can help each other on this. Why would we bring the launch to other destinations in Mimaropa? It would be meaningful to launch it here,” he said.

He said they would appeal to the sense of nationalism of overseas Filipino workers (OFW) and provide them a chance to win attractive prizes in raffle draws for sponsoring their invitees and foreign friends.

The program is banking on the presence of millions of Filipinos residing and/or working abroad, Intong said.

Based on the 2015 report issued by the Department of Foreign Affairs (DFA), there are 9.1 million overseas Filipinos. More than three million reside in the US while more than two million are based in the Middle East.

Other countries with a big number of Filipinos are Malaysia, Japan, China, Italy, and Australia.
To attract OFWs to help, the DOT included a rewards system where sponsors and invitees will be selected in a grand draw on April 15.

Three invitees will also get a chance to win international round-trip tickets, domestic tickets to Palawan, Cebu or Davao, and will be able to stay in different resorts, including El Nido Hotel Resort.